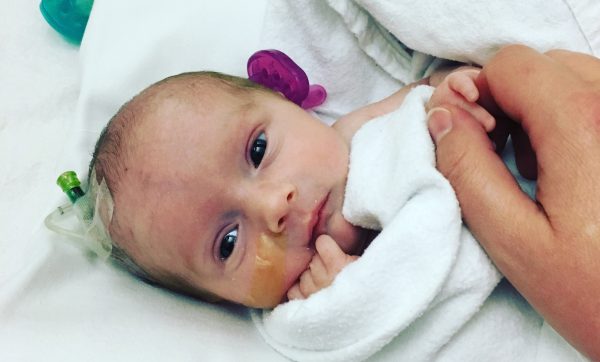 Posted at 11:20h in Our Families by Jeff Hester

I’ll never forget when I called to check on my newborn son who was in the NICU at Dell Children’s Medical Center. He had a blood transfusion and wasn’t allowed to have any food. The nurse told me he was incredibly upset, and they couldn’t calm him. They needed me there right at that moment. Flustered and frantic, I immediately walked across the street to the hospital and as soon as I put him in my arms, he calmed down. I was there in five minutes because of Ronald McDonald House Charities of Central Texas. I cannot imagine getting that message and being far away from him.

My husband, Logan, and I stayed at the Ronald McDonald House after our baby boy, Jack, was born five weeks early. We knew he would have to be in the NICU until he got a little bigger, but things changed quickly after Jack developed a staph infection. He was only eight days old and about four pounds when he was transferred to Dell Children’s. We knew he would be in the hospital for some time.

We live nearly an hour away from the hospital and being a new mom, I didn’t want to be far from my baby. We were not only facing distance but also unexpected financial expenses for lodging and transportation. And that’s when the social worker at the hospital told us about Ronald McDonald House Charities. They had a place for us to stay that was right across the street from Jack. We were told we could stay as long as we needed to be there.

Even though we weren’t home, Ronald McDonald House Charities of Central Texas felt like home. From the generous volunteers that provided meals to meeting other families that became our new community, we always felt supported.  As new parents, many things were happening, and we are grateful that RMHC CTX took care of us and kept us close to our baby. We truly don’t know what we would have done if we didn’t have Ronald McDonald House Charities.