Home / A Journey of Healing 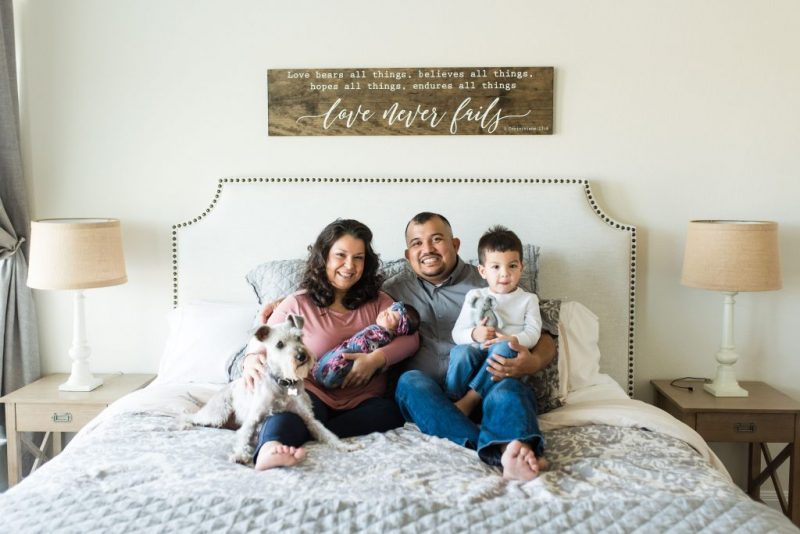 13 May A Journey of Healing

Posted at 11:19h in Our Families by Jeff Hester

Monica Velez was having a picture perfect first pregnancy. She and her husband, Erik, were ecstatic to be expecting twin boys – and for most of the pregnancy everything went smoothly. Until the dreaded day – at 33 weeks 6 days gestation – Monica began experiencing immense pain in her abdomen. After rushing to the hospital, the couple learned that only one heartbeat could be found and with her second son’s life in jeopardy as well, it was determined an emergency c-section was needed. After delivering the boys, Elias and Andrés, it was determined that the pain she experienced was due to a placenta abruption – Andrés’ placenta had separated from Monica’s uterus and he was sadly stillborn.

At just 4 pounds 12 ounces, Elias was immediately rushed to the NICU, where he stayed for 17 days until he was strong enough to go home. While Elias was in the hospital, Monica and Erik stayed in the Ronald McDonald Family Room at Seton Medical Center Austin. They had everything they needed while being close to their baby boy.

Monica and Erik were celebrating both the birth of their baby boy, Elias, and mourning the passing of Andrés at the same. It was a period of conflicting emotions for them. As they began to navigate this difficult time, they learned about the Healing Hearts program at Ronald McDonald House Charities of Central Texas. Healing Hearts supports families who experience perinatal and infant loss. The program supported Monica and Erik with burial assistance for Andrés and provided an engraved memory stone in his honor. They also participated in the HOPE Support Group, a complimentary bereavement support program led by a licensed counselor.
Although they both were experiencing a difficult time, it was Erik who reached out to Worth Kilcrease, the counselor that led the HOPE Support Group at that time. To help cope with his grief, Erik wanted to talk to other people who experienced the same loss. Specifically, he wanted to meet other fathers who would be participating in the group so he could hear their perspectives. And Erik wanted to be in a safe environment where he was free to open up and express his emotions.

For Monica, it was a bit more difficult. As a new mother, she was fearful to leave her new baby with someone. Initially, it was hard for her to go, but she knew it would be helpful as it would force her to talk about her loss, something that she was struggling with.

While participating in the HOPE Support Group, Monica and Erik both were able to connect with other couples who have experienced similar situations. Erik was able to bond with other fathers and talk about his feelings and Monica opened up and expressed her fears and emotions about losing her son.  And as the group progressed, they found something they weren’t expecting — a new community of support. Everyone in the group experienced the same journey and that safe haven, that comforting environment allowed them to begin the journey of healing and hope. And along the way, through this painful loss, they developed enduring friendships, all bonded by similar experiences.