Home / A peaceful place near their newborn 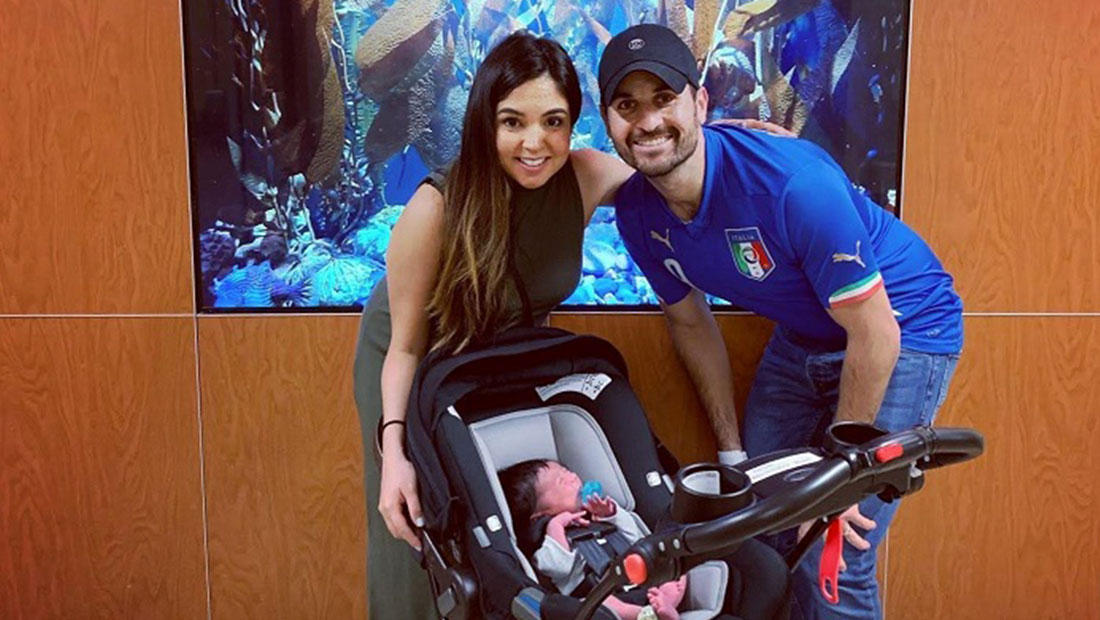 29 Jan A peaceful place near their newborn

Posted at 13:18h in Our Families by Jeff Hester 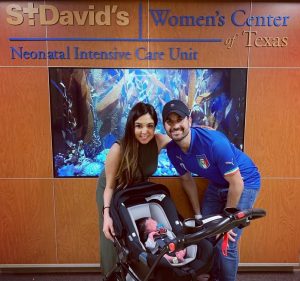 In the summer of 2019, Kristen and Justin Garcia were excited to be expecting their firstborn son. With a due date of September 26, they felt at ease knowing that they had time to gather all of the baby necessities, set up the nursery, and get mentally ready for the little to no sleep that was to come.
Unexpectedly, Kristen’s water broke four weeks before their due date, and little baby Santiago was born on August 28, 2019. They were over the moon when they saw him! But only moments later they were approached by a nurse who confirmed that Santiago’s glucose levels were dangerously low. The hospital would have to admit him to the neonatal intensive care unit to monitor him. Days passed and his glucose levels were still not improving. Additionally, his oxygen levels dropped frequently.

However, the community space in the Ronald McDonald Family Room became a lifesaver for the Garcias. They were grateful to have the room available while they waited between visiting their son multiple times daily. The snacks, coffee and peaceful environment were just what they needed.

“We were so happy that this room was available to us during this stressful time! We would leave the hospital every day with our hearts heavy. Nobody prepares you to leave the hospital without your baby…. I am so happy to know that RMHC provides this support for many families.” – Kristen Garcia
Little Santiago was discharged after 12 days. The angel nurses at the NICU and the volunteers in the Ronald McDonald Family Rooms made all the difference.